Many people today are rejecting religion on the opinion that religion has often been used for political and social control.

Although it is true that many philosophies have been converted into traditions of men, it is a mistake to reject all scripture, no matter what religion; as the sages who wrote it have preserved many deep, metaphysical truths in it. If we read with an open mind, can find pearls of wisdom that are hidden in symbolic form. The initiate reads and understands the true meaning of these hidden gems.

David and Goliath: a metaphysical view

The tale of David and Goliath can be also explained in a more metaphysical context.

Goliath represents the ego and physical body with all of its strength, unrestrained passions and misdirected senses. The man without direction of the higher self can become a destructive brute – dominating by force.

David represents the true higher self: the Master within – the pure soul – the pilot. This master’s consciousness is connected to the creator, as the soul is a spark of G_d.

What is important to understand here is that the Goliath was struck with a stone in the middle of the forehead – the seat of consciousness; which was cast by the true and superior spiritual self.

This is the goal for all of us while in this world: a spiritual alchemy to discipline and overcome the lower nature; with the spiritual triumphant.

To him who is bound to the sense world, the Chaos appears waste and void. But he who penetrates it in a spiritual sense can hear the harmonies of the spheres resounding through it.”  Rudolf Steiner

Who is funding the rioters?

“My question is: Who are these people?” Paul wrote. “Who paid for their hotel rooms? Who flew them in? Law enforcement needs to look at the funding of violent criminal activity like this. And national Democrats need to confront it. It’s organized. It’s paid for. It’s violent. It’s not about Black lives or any lives; it’s about anarchy and destruction.”

Groups Behind Riots Being Investigated by Department of Justice: Top Official https://link.theepochtimes.com/mkt_app/groups-behind-riots-being-investigated-by-department-of-justice-top-official_3483998.html

What path are you on?

“At the moment you set yourself upon a path, ask yourself if that path has a heart”

Faith is the bird that feels the light when the dawn is still dark.

The crowns of the pharaohs – Ancient Egyptian Connections

Science, philosophy, and religion complement each other harmoniously and constitute different aspects of the same truth. – Paracelsus.

Cauduceus: it is not a medical symbol as incorrectly interpreted in the US – it is a Hermetic symbol of equal balance, exchange, reciprocity. I am inquisitive of her presentation of the symbol. In this modern interpretation, “…the pin actually represents the Mace of the United States House of Representatives: the long, blunt battle staff that has embodied the legislative branch’s authority since 1789.” (Friedman 2019).

Nancy Pelosi wore a somber suit on Wednesday for the House debate on the votes to officially impeach President Donald Trump on two charges.Credit…Jim Lo Scalzo/EPA, via Shutterstock. Image from New York Times 2019

“The original artifact, created in 1841, sits in the House chamber and serves as a symbol of the sergeant at arms’ authority as well as his or her role in maintaining decorum. The historic mace is composed of an eagle atop a silver globe on which the world’s continents are etched. The central shaft is actually 13 bundled rods representing the original colonies, along with the idea that we are stronger together than we are individually. …It has long been there, and presumably it always will be. It’s represented the role of Congress, and it’s been a call for comity. But it has also become a symbol of endurance.” (Givhan, R. 2019).

Givhan, R. 2019. Nancy Pelosi’s pin at the impeachment debate was a declaration: The republic will survive this. Washington Post. Retrieved from https://www.washingtonpost.com/lifestyle/style/nancy-pelosis-pin-at-the-impeachment-debate-was-a-declaration-the-republic-will-survive-this/2019/12/18/c7d94878-21b8-11ea-bed5-880264cc91a9_story.html

Look for the Helpers

When I was a boy and I would see scary things in the news, my mother would say to me, “Look for the helpers. You will always find people who are helping.” To this day, especially in times of “disaster”, I remember my mother’s words and I am always comforted by realizing that there are still so many helpers—so many caring people in this world.
—Fred Rogers 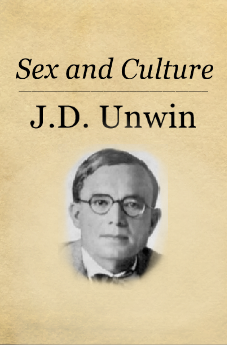 The Church (pick your Christian organization of choice here) promotes mortality and its positive effects on family and speaks out strongly against the opposites of it. Theology purports that immorality has a detrimental effect on a society eventually – presented here is some hard science to back it up. The following is an excellent article on one of the most detrimental trends in society – and the thesis is being proven in today’s social order.  Presented in the book is the finding that immorality is a cause of the fall of society within three generations; therefore chastity has a valuable effect. A post about this work was found on Facebook of all places; and posted there by a prominent teacher of the hermetic sciences, Mark Stavish – director of the Institute of Hermetic Studies.

> The book, Sex and Culture

Trump impeachment proceedings – perhaps this is why.

I am not a political expert, so I welcome your views on this – I could be wrong. But when you have a new president that is preaching national sovereignty in a globalist world, resistance is what you get. The following are some quick historic notes that attempt to put it all together.

NEW WORLD ORDER: A good thing – if done the right way. Trump’s latest speeches do not seem support this goal.

The term “new world order” has been used to refer to any new period of history evidencing a dramatic change in world political thought and the balance of power. Despite various interpretations of this term, it is primarily associated with the ideological notion of global governance only in the sense of new collective efforts to identify, understand, or address worldwide problems that go beyond the capacity of individual nation-states to solve.

The phrase “new world order” or similar language was used in the period toward the end of the First World War in relation to Woodrow Wilson‘s vision for international peace;[a] Wilson called for a League of Nations to prevent aggression and conflict. The phrase was used sparingly at the end of World War II when describing the plans for the United Nations and the Bretton Woods system partly because of its negative associations with the failed League of Nations. However, many commentators have applied the term retroactively to the order put in place by the World War II victors as a “new world order.”

The most widely discussed application of the phrase of recent times came at the end of the Cold War. Presidents Mikhail Gorbachev and George H. W. Bush used the term to try to define the nature of the post-Cold War era and the spirit of great power cooperation that they hoped might materialize. Gorbachev’s initial formulation was wide-ranging and idealistic, but his ability to press for it was severely limited by the internal crisis of the Soviet system. In comparison, Bush’s vision was not less circumscribed: “A hundred generations have searched for this elusive path to peace, while a thousand wars raged across the span of human endeavor. Today that new world is struggling to be born, a world quite different from the one we’ve known”.[1] However, given the new unipolar status of the United States, Bush’s vision was realistic in saying that “there is no substitute for American leadership”.[1] The Gulf War of 1991 was regarded as the first test of the new world order: “Now, we can see a new world coming into view. A world in which there is the very real prospect of a new world order. […] The Gulf war put this new world to its first test”.[2][3] https://en.wikipedia.org/wiki/New_world_order_(politics)

ARAB SPRING (Tunisian Revolution): The Arab Spring (Arabic: الربيع العربي) was a series of anti-government protests, uprisings, and armed rebellions that spread across much of the Islamic world in the early 2010s. It began in response to oppressive regimes and a low standard of living, starting with protests in Tunisia (Noueihed, 2011; Maleki, 2011).[1][2] In the news, social media has been heralded as the driving force behind the swift spread of revolution throughout the world, as new protests appear in response to success stories shared from those taking place in other countries (see Howard, 2011).[3] In many countries, the governments have also recognized the importance of social media for organizing and have shut down certain sites or blocked Internet service entirely, especially in the times preceding a major rally.[4] Governments have also scrutinized or suppressed discussion in those forums through accusing content creators of unrelated crimes or shutting down communication on specific sites or groups, such as through Facebook (Solomon, 2011; Seyid, 2011).[5] https://en.wikipedia.org/wiki/Arab_Spring. These changes in government across a wide span of Arab countries happened in rapid succession – Does this look like the work of government-promoting factions such as CIA/MI5? The NWO, NAFTA, ARAB SPRING appear to be the process to a global government.

TRUMP UN SPEECH PROMOTES SOVEREIGNTY: UNITED NATIONS, New York — In his third annual speech to the United Nations General Assembly, President Donald Trump delivered a clear message in favor of nationalism and national sovereignty and against globalism.…Trump, in an oddly subdued speech in New York on Tuesday, reprised his case that all nations should exert their sovereignty, protect their borders, and reject any mutual and international cooperation that doesn’t put their country’s own interests first. For Trump, it’s “America First;” for everyone else it’s “[Insert Country Here] First.” “If you want democracy, hold on to your sovereignty,” Trump said. “And if you want peace, love your nation.” “The future does not belong to globalists; it belongs to patriots,” Trump said at the start of his speech. https://www.vox.com/2019/9/24/20881781/unga-trump-speech-2019-nationalism-sovereignty-again

“Looking around and all over this large, magnificent planet, the truth is plain to see: If you want freedom, take pride in your country.  If you want democracy, hold on to your sovereignty.  And if you want peace, love your nation.  Wise leaders always put the good of their own people and their own country first.

It is why we in the United States have embarked on an exciting program of national renewal.  In everything we do, we are focused on empowering the dreams and aspirations of our citizens.” https://www.whitehouse.gov/briefings-statements/remarks-president-trump-74th-session-united-nations-general-assembly/

The New Order of the Ages has been the goal among philosophers for centuries. The plan has been well underway for a long time. Trump is interrupting this plan; with the expected severe resistance. So do you still wonder why there are impeachment proceedings?

They want him out.

“The ordeals and oppositions which we undergo become our crosses when we remain beneath them, and yet they become ladders of ascent when we rise above them. The wisdom which makes us their subject has no other end than our elevation and healing, and not that cruel and vengeful intent which is commonly attributed to it by the uninitiated.”

Trust in God’s goodness.
Be wary of what humans do in God’s name.
– Jonathan Lockwood Huie